Conventional wisdom – a.k.a., what “everyone knows” about a given subject – often is inaccurate, explains Charles Eaton, CEO of Creating IT Futures, Executive Vice President, Social Innovation, for CompTIA and award-winning author of “How to Launch Your Teen’s Career in Technology: A Parent’s Guide to the T in STEM Education.”

In fact, he says during an early episode of our podcast Technologist Talk with Charles Eaton, in the case of the last three of seven myths that can discourage teens from pursuing tech careers, conventional wisdom is backward. During the final conversation of a 3-part series of podcasts, Eaton debunks these popular myths about technology careers:

1.   Money is the main benefit of a tech job

Yes, higher than average salaries can be one great benefit of careers working with technology. But research by Creating IT Futures discovered that many young people care more about making a difference with their jobs than making a lot of money.

He’s usually dubious about generalizing the traits of the Millennial generation, Eaton tells host R.C. “Bob” Dirkes during their podcast discussion. “But I think this is true,” avows Eaton. “That they do see their place in the world is a bit different than previous generations, and they want to make an impact.”

The same research that discredits the emphasis on money for young people interested in tech jobs also deflates the assumption that teens rarely heed advice from their parents. Surveys by Creating IT Futures show teens, especially juniors and seniors in high school, turn to their parents two times often more than teachers or peers when seeking counsel about future careers.

“Parents can make sure they are listening, giving guidance, asking questions and helping their kids find resources,” says Eaton.

3.   Tech jobs are all going overseas

Indeed, a wave of outsourcing sent many customer-service jobs overseas, including a lot 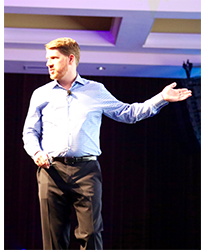 of technical support positions. But that trend hit its peak long ago during the mid-2000s, asserts Eaton. In fact, these days many companies see value in returning those jobs to the U.S.

What’s the evidence backing Eaton’s claim? The fact that CompTIA research regularly reveals typically more than half a million open tech positions in the U.S. economy during any given quarter.

Click here to listen to this Podcast Flashback, just in case you missed the episode first time around.