Some 56 percent of women who launch technology careers abandon their chosen field within a decade.

And Janice Levenhagen-Seeley, the founder and CEO of ChickTech, knows exactly why that is.

“Women will cite various reasons for leaving, such as ‘Oh, I left to start a family,’ but studies show that really isn’t the truth,” she said. “Women will give the least confrontational excuses for getting out — because the truth is the culture was toxic. Or they didn’t feel included or supported. Or they weren’t considered an equal part of the team. And changing that is the drive behind everything we do.” 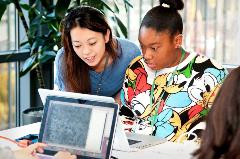 Google the terms “misogyny” and “tech companies” together, and the search reveals multiple media reports of women sharing IT career experiences that involved everything from blatant sexual harassment to more subtle — but still damaging — belittlement.

The staff and volunteers at ChickTech want to improve career longevity for women technologists by increasing their numbers andempowering them in ways that move companies toward becoming more equitable in salaries and authority.

“One of ChickTech’s goals is to create a sense of belonging for women and girls within technology, so that when they come up against sexism or discrimination or a toxic culture, they have the strength to fight back,” Levenhagen-Seeley said. “So rather than feeling like the only thing they can do is leave the technology field, women can say, ‘Hold on a minute. I’m not alone. I have this entire community behind me, telling me this is unacceptable, so I am going to do something about it.’”

In the six years since it was founded, ChickTech has grown exponentially. With 27 chapters established nationwide and supported by 2,000 volunteers, ChickTech hosts hands-on workshops for girls ranging in ages from kindergarten to high school.

ChickTech also supports women already working in technology roles by sponsoring career training and networking events. And now ChickTech is connecting to girls in rural areas where access to technology and bandwidth can be challenging, thanks to its new initiative that builds support for these students through a tailored, in-person workshop model, and by connecting students and teachers to a network of women and girl technologists throughout the country. 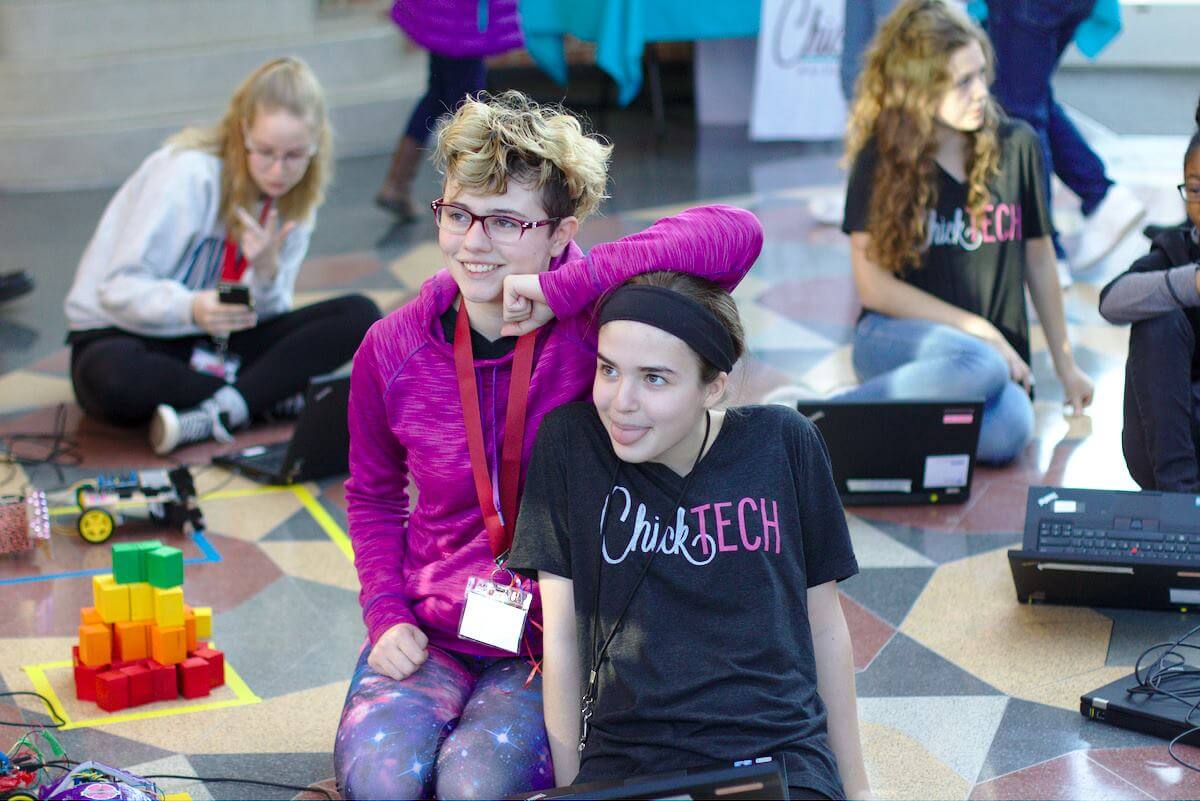 “Technology is creating the future. No matter where you live or what you’re doing, technology is around you. It’s in our health-care systems and our public transportation and our schools. It’s everywhere,” Levenhagen-Seeley said. “Our focus is not just on the tech industry and getting more girls and women to go into tech, but also to give girls and women equal say in their own futures because women have been cut out from that for so long. We want to pull together women and supportive allies, and create gender equality on a global scale.”

Levenhagen-Seeley said CompTIA’s $50,000 was tremendously helpful, especially at a time when the nonprofit is expanding so rapidly.

“This donation will make a huge difference in the quality and quantity of programs we can provide and allow us to support even more volunteers,” she said. “I’d like to tell CompTIA members thank you so much for believing in us and the work we do. It gives us hope that there are other amazing organizations and people that also believe in our mission of gender diversity and equality.”

Carrie Drephal, vice chair of the executive council for CompTIA Association of Information Technology Professionals (AITP), one of the donor councils, said ChickTech’s work was worthwhile and deserving of the CompTIA contribution.

“The CompTIA AITP felt it was important to support the initiative to advance women in technology,” she said. “We hope that with this donation, they are able to help fill more positions with talent and great women in tech.”