Seven teenage girls with a love of technology spent a busy year serving on the TechGirlz Teen Advisory Board (TAB). Chosen at the beginning of the 2018-2019 school year, these girls met (virtually and in person) to give input on TechGirlz programs. While serving, they also led workshops, developed curricula and gained valuable skills as aspiring technologists.

TechGirlz, a Creating IT Futures program, exposes middle school girls to potential tech careers through fun and educational hands-on workshops called TechShopz and through other activities to inspire a lifelong passion and confidence in their use of technology throughout their careers.

Volunteer Amy Freeman caught up with members of the 2018-2019 TAB to find out what their year was like. They shared insights into their experience serving on the TAB and how their TAB tenure inspired them to pursue other leadership opportunities.

Take a peek at what tomorrow’s technologists were up to in this third post in our 3-part series: 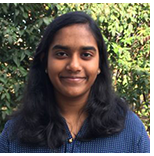 Dhivya Arasappan spent the month of July at the Governor’s School for the Sciences at Carnegie Mellon University, a competitive academic program that receives more than 500 applications per year.

Before attending Governor’s School, Dhivya was a teaching assistant during the record-breaking HTML/CSS workshop at Drexel University. She also helped out at the TechGirlz table during the Philadelphia Science Festival. For part of the year, she was the webmaster for the TechGirlz website.

Even with all that happening, she still found time to teach several workshops, including two Models & Molecules workshops in February and August, and the Developing Mobile Apps workshop during the Girls Take Charge camp. 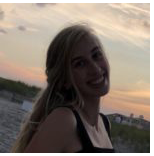 Minchoff’s school year also was jam-packed with TechGirlz events and other opportunities to learn and grow. She helped out during the Philly Science Festival and Girls Exploring Tech Together (GETT), was an emcee for the codebreakers event, and lent a hand during the Rehabilitation Robotics workshop at Penn. 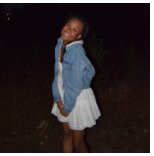 Lindsey Davis split her summer between volunteering at Girls Take Charge and interning in the Alumni Office at the Shipley School. During Girls Take Charge, she was a Junior Counselor. Describing the experience, she says that she “enjoyed sharing my story and experiences with [the campers] in hopes that they will, in turn, share their story and connect with others.” Davis had the chance to see the girls she worked with grow as leaders and learners during the camp.

Along with serving as a Junior Counselor during Girls Take Charge, Davis also volunteered with TechGirlz throughout the past year. She helped out at three Designing Mobile Apps workshops and two Infographics workshops. Davis also emceed the CodeBreakers event at Drexel University and assisted at the Philly Science Festival at The Franklin Institute. She’s spent so much time on the topics that she now feels like an expert in those workshops.

In her role as an intern at the Alumni Office at the Shipley School, Davis has worn many hats and had a chance to learn more about Alumni involvement and engagement. She’s focusing on finding ways for the school to better reach graduated students and increase connections with them. Davis truly enjoyed her internship and plans on continuing in the role during the school year.

Are you a teen looking for a chance to change the world?

Join the Teen Advisory Board today!

Click to read Part 1 and Part 2 of this series.