Technologists must learn the difference between good failure and bad failure. Given the rate at which technology evolves, one might think technologists always have it figured out from the very start.

Not so, says Creating IT Futures’ CEO Charles Eaton in his Technologist Talk podcast entitled “How to Tell the Difference between Good Failures and Bad Failures.”

“We can’t solve every problem, and that is an annoyance,” he said. 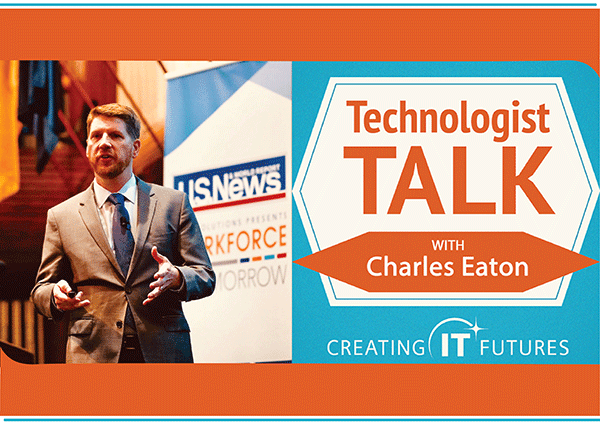 Eaton believes that even systems that are inefficient are ripe for change. For technologists succeed and disrupt the way business is done, they must be willing to embrace good failure.

Failing to do anything may lead to bad failure.

“Technologists need to be out there — branching out and seeing the whole construct of the world they are in and the impact of what they are doing,” he said.

When asked if an aspiring technologist should view embracing failure as part of his or her set of professional skills, Eaton said yes, adding that leadership evolves and grows.

“(Leadership) used to be about being strong and a decision maker; being decisive, that was the number one thing. We wanted people who could make decisions and move ahead,” he said. “Now we are at a place where emotional intelligence is highly valued.”

Bad failure occurs when employees do nothing and are unable to tell whether the plan or its execution was poor, Eaton said, adding that there are variables people never learn because they didn’t do enough work on the front end to make a plan successful.

“True technologists not only admit failure, they embrace it,” Eaton said. “It’s not all about perfectionism in performance and winning.”

Joshua Eyaru, who is from Uganda, is a fellow with Atlas Corps assigned to Creating IT Futures. He holds a master’s degree in business administration from Kampala International University and is interested in non-governmental organizations management. His undergraduate degree is in information technology. In 2014, Eyaru co-founded Youth for Reconciliation and Leadership, a community-based organization promoting peace and digital literacy in rural Serere, Uganda. He also works part-time as a digital skills trainer and has helped more than 5,000 young people acquire skills as part of the Google Digital Skills for Africa project.